When a relationship wants to be genuine, it will seek harmony and balance. A relationship is in danger when one of the partners finds it easy to demand too much attention for himself. Since we are humans – of whom “The spirit is willing, but the flesh is weak” (Mth. 26:41) – our relations are very vulnerable. The only way to repair a rift in a relationship is to ask for forgiveness… and get it.

Forgiveness is not an individual inner feeling, but an explicit effect that is given by the other. What is more beautiful than real reconciliation between partners?

Also in our relations with God the best thing to do is to ask for forgiveness for our mistakes, our sins. For this Catholic Christians know the sacrament of reconciliation: confession. A penitent confesses his sins to a priest, the confessor, who grants forgiveness in the name of Christ: “Whose sins you forgive they are forgiven them” (John 20:23). Because the priest explicitly says that your mistakes have been forgiven, you know that there is a real effect; it is more than just a good feeling. What is more beautiful than a reconciliation between partners? “We implore you on behalf of Christ, be reconciled to God” (2 Cor. 5:20)

To support the private character of the conversation of confession, the Council of Trent (1545-1563) created a new piece of furniture: the confessional. Kneeling humbly the penitent uses this body language to express his remorse. The priest, who is sitting in the centre, listens sideways to one penitent after the other. By not looking the conscience-stricken person straight into the eyes free conversation is stimulated; tactful psychology a few centuries before Freud’s sofa talks…

The great number of confessionals in this church of a religious order met a particular need. There was such a great surge for confession – in Easter time sometimes up to 4,000 penitents a day – that to the 14 confessionals on the ground floor, 6 more were added on the galleries for the confession of men. It can be understood that people prefer confessing things that cannot bear the light of day anonymously to some father, rather than telling this to their familiar parish priest. The confessionals in the aisles, attributed to Jan Pieter I Van Baurscheit (ca. 1720), are part of the wainscoting. Initially there were 10 of them. Now there are only 8, of which 6 are original (and of which only one is being used).

It goes without saying that the subject matters of the figurative representations concern confession, and so the battle between good and evil, and the successive stages of sin, remorse, forgiveness and penance. The angel herms at the exteriors are of no importance at all, contrary to the two angels (E) with attributes, in the centre (l: left and r: right). In the oval medallion (M) on top of the priest’s booth scenes from the New Testament deal with remorse, conversion or reconciliation. Traditional characters are Mary Magdalene, Peter, the Samaritan woman and the prodigal son.

The confessionals in the southern aisle 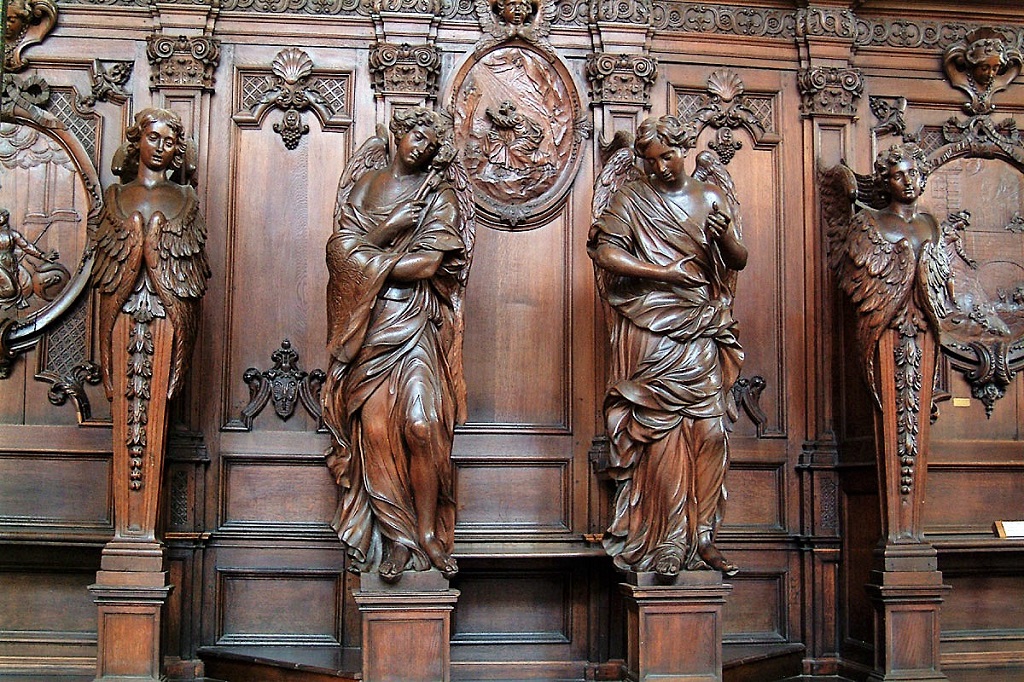 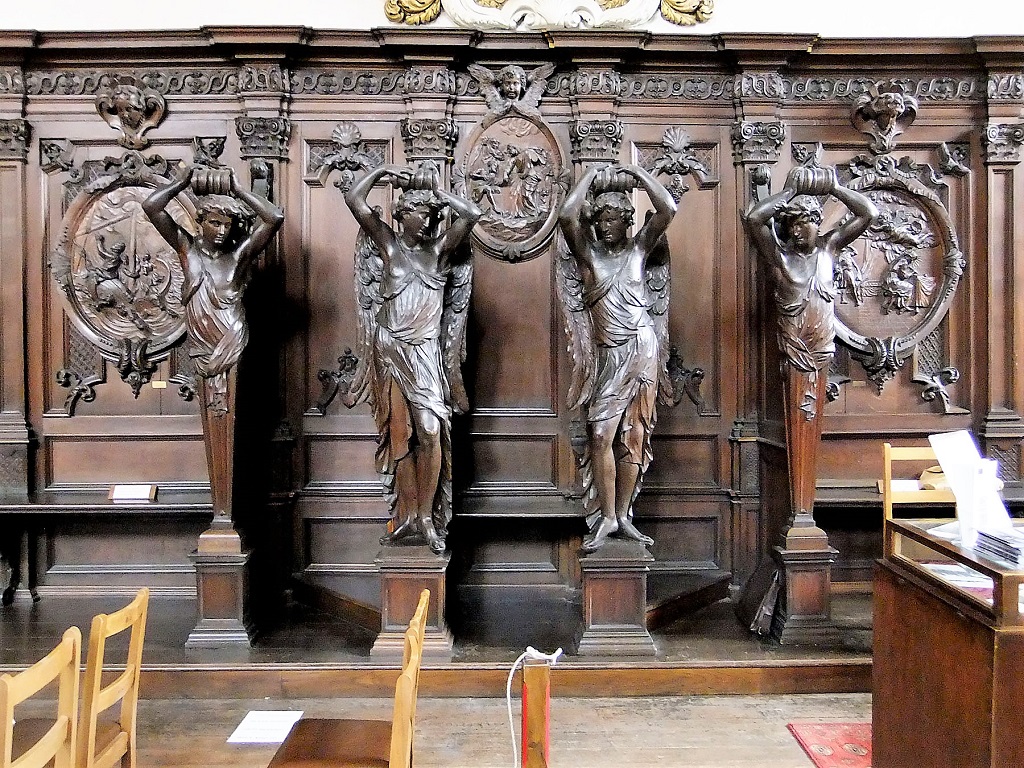 The confessionals in the northern aisle

If ever you visit Saint Peter’s Church in Turnhout and you have the impression of recognizing a few of these angels at the confessionals, you need not be surprised: they are exact copies indeed.

The pulpit
The ceiling paintings