To read the full description of the St Charles Borromeo’s Church, you can choose a section below in the menu.
From there you can continue browsing, or choose another chapterAll the canons attached to a cathedral or other important church, which is then called a collegiate church. In religious orders, this is also the meeting of the religious, in a chapter house, with participants having ‘a voice in the chapter’. through the menu on the right. 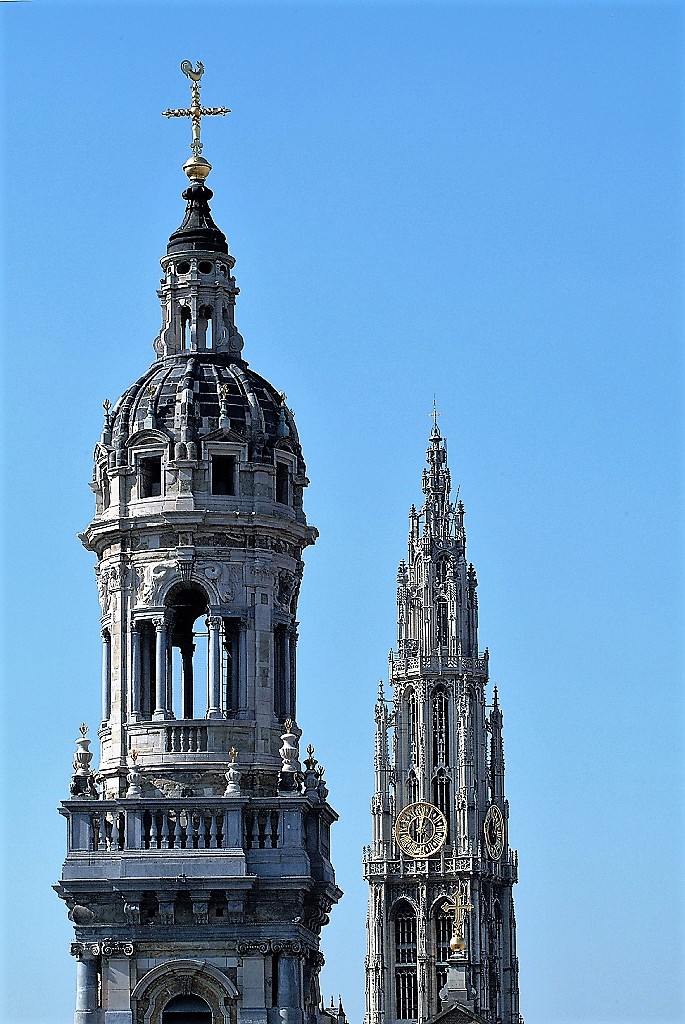 Rudi Mannaerts, Sint-Carolus Borromeus · De Antwerpse jezuïetenkerk, een openbaring was edited by vzw Maria-Elisabeth Belpaire and Toerismepastoraal Antwerpen, with the support of the Willy Hendrickx foundation. This book (in Dutch) was edited in Antwerp on October the 1st 2011.

Rudi Mannaerts studied art history at the Louvain university and was ordained as priestIn the Roman Catholic Church, the priest is an unmarried man ordained as a priest by the bishop, which gives him the right to administer the six other sacraments: baptism, confirmation, confession, Eucharist, marriage, and the anointing of the sick. for the bishopricAdministrative area headed by a bishop. In Belgium, there are eight dioceses: Bruges, Ghent, Antwerp, Mechelen-Brussels, Hasselt, Tournai, Liège and Namur. of Antwerp in 1989. Being responsible for Tourism Pastoral in Antwerp, he takes care of revealing the Antwerp churches. He oversees the training the guides and has various publications on church art on his behalf. He is also a teacher of religion in secondary education (St. Lievenscollege) and pastor of the SaintThis is a title that the Church bestows on a deceased person who has lived a particularly righteous and faithful life. In the Roman Catholic and Orthodox Church, saints may be venerated (not worshipped). Several saints are also martyrs. Andrew parish.

No part of this publication may be reproduced without prior written permission of the publisher.
© VZW Toerismepastoraal Antwerpen
Heilige Geeststraat 21, 2000 Antwerpen